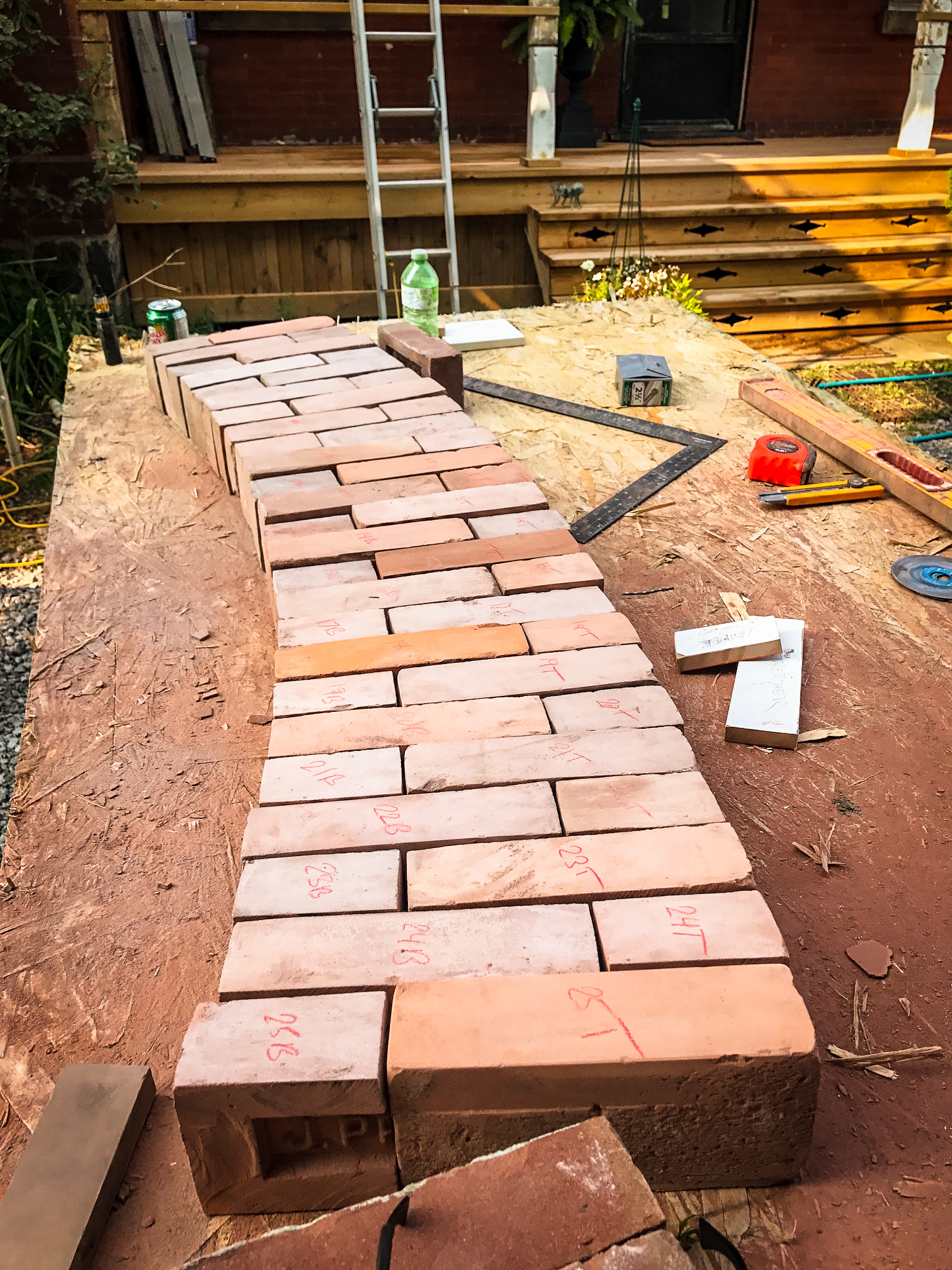 In most modern brick buildings, the single wythe veneer of brick is supported across window, and door openings either by a hidden steel lintel, basically a piece of angle iron, or by a reinforced concrete. Sometimes openings are also supported by reinforced brickwork, typically post-tensioned in a soldier arrangement (laid vertically.) Often the head of the opening is not expressed, and where it is with traditionally inspired architecture on modern builds, the brick arches are often build with an integral lintel. This modern approach to brickwork is radically different from construction methods where the lintel or arch was accentuated.

In historic brick architecture even in the most utilitarian buildings and functional structures, such as factories, warehouses, and row houses, the lintels and arches over doors and windows, paired with a substantial stone or painted wooden cill below, provided an important aesthetic detailing on the facade. This detail cannot be overstated, even simple segmental arches have significant impact on emphasizing the windows height, and elegance, reducing the gap between the window above and effectively contributing to the vertical emphasis on a facade. This is a vital feature for historic facades.

Generally considered a Roman development, the earliest known use of an arch to span openings was around 4000BC in Babylon. An arch is composed of small units, such as bricks or stone, bonded in mortar. How an arch works is by transferring the downward load sideways, compressing the arch and then down the walls around the opening.

Regardless of shape, there are two main forms of arch construction: ‘segmental’ and ‘rough’. In a segmental radial arch, the bricks or stone units are specially made so they are tapered to the radius with parallel joints between. This is transferable to other arches, the geometry being achieved by different points in the opening, still providing a tapered unit. Being wider at the top than the bottom, these ‘voussoirs’ cannot fall out. However in a rough arch it is the mortar which is tapered. (This is a common sight when we reproduce an original arch which was replaced previously by an unskilled mason. However there is often some amount of mortar tapering in segmental arches.) This form of tapering mortar joints is generally considered inferior to the specially tapered voussoirs, both structurally and aesthetically, rough arches are more often found on less visible sides of houses, or tuck pointed to hide the tapering joints.

The voussoirs of a segmental arch could be made by cutting bricks on site with a bolster, then chipped with a masons hammer to more precise dimensions. It is common to also see a bit of cheating in brick radial arches by utilizing bricks warped by the firing process help reduce the taper of mortar joints with minimal cutting. More predominant in the rear or sides of the house, it is not uncommon to remove an arch and see that only a few bricks have been tapered but the mortar joints are still quite parallel.

Following the industrial revolution, mass production of cheap wrought iron beams enabled much larger openings in brick walls. Typically used in industrial buildings and shop fronts. Especially in the victorian era, when the beams were most commonly disguised by a timber beam or ‘bressumer’. Like many parts of heritage architecture, aesthetics and functionality ran hand in hand, and these beams became an integral part of the design of the facade. However, as the utilization of wrought iron and later, steel lintels became more wide spread. Skilled masons no longer had to cut very precise voussoirs to make arches. Openings were bricked to the top, a lintel was laid at the top and the brick ran straight through with no detailing. This is the current state of modern brick construction.

The lack of these skilled masons, or even the very best intentioned masons without the proper knowledge are one of the greatest threats to these fine details which give buildings so much of their character. Repairs are more often than not, carried out with improper techniques and minimal knowledge of the original construction. Where these arches and lintels have failed, repairing the arch without addressing the fundamental problem can be counter productive. Sometimes this involves reinforcing the sides of the opening to support the lateral load the arch creates, or reinforcing the brickwork above the arch. It is possible to convert the brickwork itself into a lintel, reducing the stress in the arch or lintel below. This can be achieved by a variety of techniques including tensioning the masonry with threaded stainless rods, introducing narrow stainless bars into the mortar joints above the span, or installing helical ties in an engineered arrangement.

As in every aspect of historic building restoration, the importance of your consultant or contractor being experienced in dealing with traditional materials and building techniques cannot be understated.